The last few months saw a striking degree of debate around ruangrupa’s Documenta 15. While the public arguments mostly focussed on issues of anti-Semitism, curatorial responsibility and Documenta’s political and historical context, the outline of a problem very familiar to us here at Journal for Artistic Research has also emerged; how can the treacherous waters between artistic freedom and collective responsibility be navigated under conditions of increased specificity and multiplicity? Since every artistic research project will, by seeking original knowledges, produce some form of rupture in the field, who is to take responsibility for such ruptures and the fallout that might occur? The artists, editors or curators, advisory or peer review panels? What are the practices that we might expect? Choosing this angle here does not imply any direct response to Documenta 15’s specific problems, which will occupy the various stakeholders and commentators for some time to come.

I will illustrate the problem that is concerning me here with the help of two texts both published this year in Art Agenda’s Criticism section as ‘reports’ or ‘dispatches from Documenta 15’. The first is ‘“Contested Histories”: on Documenta 15’ by Jörg Heiser published on June the 29th, the second is ‘A short and incomplete history of “bad” curating as collective resistance’ by Gregory Sholette published on September the 21st. I suggest reading both texts in full in order to relate my more general comments back to the authors’ specific positions, as well as to Documenta 15 itself.

Heiser’s text concludes that ‘the idea of Documenta as a blank slate, as a neutral platform for global artistic expression, has ultimately, and terminally, been exposed for what it is: an illusion.’ In the place of neutrality, he sees the responsibility to ‘appropriate[ly] contextuali[se] and reflect[]’ both historically (regarding the use of archival materials) and contemporarily (regarding symbolic values in a global context). This, Heiser adds, in response to Documenta 15’s commissioners, cannot be done ‘at a distance.’ Works of art that travel over time and space are, likewise, not neutral, but require choice and judgement at the site of their re-presentation.

Sholette also acknowledges issues of contextualization and reflection in his ‘short and incomplete history’. However, the text is focused on what he describes as a more fundamental issue, namely the ‘possibility that the shadow of antisemitism is really serving a hostile art world, the German liberal press, and far-right racist ideologues as a default justification for condemning this experiment in total.’ Sholette neither advocates that archival materials must further be contextualized nor that issues dominating some parts of the world, such as the war in Ukraine, must be acknowledged, accepting bias and incomplete representation when neutrality is no option anymore. ‘Of course, the decentralization of decision-making can imply a partial loss of control’ Sholette suggests, quoting Casa do Povo, and leading to the suggestion that ruangrupa’s Documenta ‘was not actually a curatorial project at all’ but an infrastructure meant to subvert Documenta’s presumably central position in a global context.

Artistic researchers will find the request for reflection very familiar. A number of doctoral programmes are built on the assumption that reflective texts are required to make a case for art as research. While utilizing reflection has been a successful part of the canon as well as being endorsed by many artistic researchers, does it actually offer a satisfying solution to the issues of artistic research in general? As the case of Documenta demonstrates, reflection is often required to compensate for more serious underlying issues of historically, materially and culturally uneven distributions of meaning. Many artistic researchers work under conditions that are similarly complex, and I would argue that there is not only an understanding by many that reflection may not be sufficiently suited to carry artistic research’s epistemic gains but also that it may compromise artistic work. Should artists be allowed to present research that is not fully reflectively secured? To what length might one be required to go?

This touches on a more principal problem: like the Documenta, it is clear that academic research does not offer a ‘neutral platform’ to artistic research. In both cases, however, reflection seems there to neutralize discontent i.e. I can explain this art work in its context or I can articulate the knowledge contribution of this piece. There is, thus, the suggestion that reflection and contextualising can work across what is historically, politically or disciplinarily separated retaining an idea of neutrality on this (higher) level. However, with the insight into institutional non-neutrality must come an understanding that all practices, including those of reflection, aren’t neutral either and that the basis for encounter and appreciation first needs to be jointly invented. Still, regardless of the issues around reflection, demanding more detailed and specific engagements with what is provided at each moment of presentation is crucial.

It seems that, in limiting reflection, one needs to support Sholette’s position that ruangrupa were more concerned with how resources and agencies are distributed, were it not for that fact that here the presentation of archives seems strangely excused from this process. In order to limit the reflective demand placed on artists and activists, we encounter what may be described as the ‘innocence of the archive’ or a certain belief in the factuality of things as well as art works, as if they themselves were not fabricated or re-fabricated for a specific presentation. Here, then, we encounter a different kind of neutrality associated with the materiality of objects. While it is important to associate some form of independent agency with art practices and art works, it seems naive to assume forms of direct encounter with them, at least not within highly codified institutional settings.

When we look at the field of artistic research from this vantage point, we confirm the non-neutrality of any setting within which epistemic labor takes place. This would apply not only to the major art spaces but also to academia, with which this journal also associates itself. Neither reflection nor art objects, nor practices themselves can be seen as exempt from this. Reflective texts or art presentations, for example, only seemingly offer neutral anchors. Rather, attention needs to shift to the modes in which these and other elements are brought into play in particular with regard to the authority of curatorship, distributions of resources and the knowledges that are enabled or disabled in the process. In this sense, artistic research projects may articulate a more complex, non-neutral whole that is neither reflectively over- nor presentationally under-determined. This will involve a certain degree of risk-taking, but also more intense involvement of all creators, co-creators and re-creators, beyond the various preconceptions of what constitutes art, knowledge or criticism.

Seen from this angle, there is a lot of shared ground between the developments of artistic research and what has manifested itself at this year’s Documenta. While we should identify a common problem around the infrastructures of knowledge, the experience with artistic research has taught us that the usual points of reference of either art or reflection are not sufficient to support work that is in the open, (which, arguably, all research must be). Our concern, thus, is directed towards the operations, set in motion at the site of specific articulations of artistic practice and the question of how much or how little they are able to reconfigure the ground. There have been more or less far reaching contributions, but it seems that we have to start embracing the absence of general solutions to the problem of specificity. 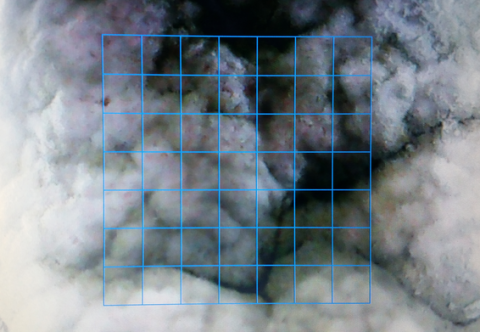 The proposal reflects on the implications of conceiving artistic works in conjunction with non-human living beings, as well as the problems and particularities that this entails. It proposes the biopoetics terminology as a nominal alternative to the anthropocentric and problematic concept of bioart from a more locative and contextual conception. It is intended to visualize methodologies and actions of living matter from contemporary Latin American art rethinking both practices and modes of exhibition. 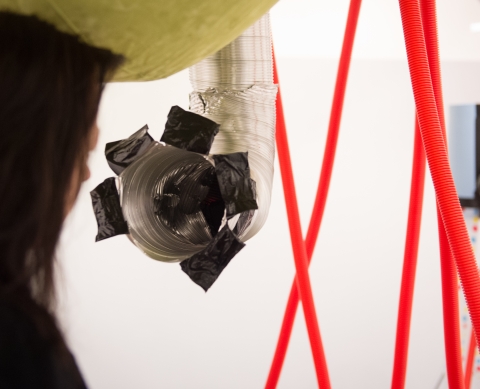 This exposition puts forward ‘lingering longer’ and ‘listening away’ as potential means to remain with non-semantic possibilities, resisting the tendency to know immediately or to classify — to get lost, albeit momentarily in a more messy moment of being. At stake in this investigation is the recognition that our experience of the world, characterized through a depth of engagement, is not limited to how relations operate on the surface. 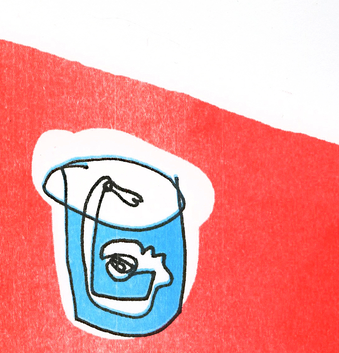 Little Do They Know

This exposition functions as both a visual and poetic essay, and a manifesto for my methodology of ‘line’. My definition of ‘line’, defined here as: ‘The gestural and abstracting tandem force of drawing-and-writing as a narrative means to express selfhood.’ The exposition posits the methodology of ‘line’ as one alternate artistic means to artistically communicate feminine selfhood. The methodology of line works to resist the internalised assignment of feminine voice to a corporeal body. Instead, ‘line’ communicates selfhood through poetic means and a sense of fragmented corporeality. 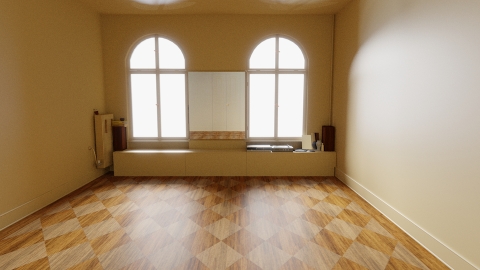 Pandemic performance: A Haunting of Haunts

During the COVID-19 pandemic that started in 2020, galleries, theatres, and performance venues closed in accordance with social distancing, lockdown, and confinement policies. Art practice, and in particular performance art, faced an existential crisis: adapt its form or cease to exist for audiences. To adapt, performance art adopted video on the internet as a means through which to perform posing immense challenges to its understanding of performance, liveness, and what is considered physical or ‘real’. 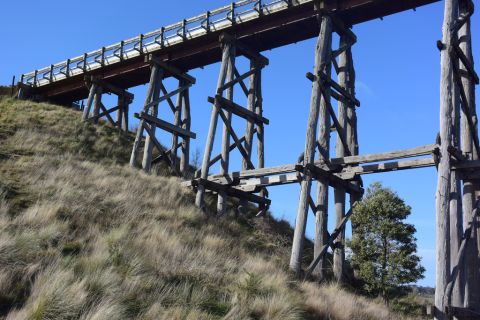 Performing the ecstasis: An interpretation of Katharine Norman’s Making Place for instrument/s and electronics

Katharine Normans’ work Making Place for instrument/s with live electronics (2013/16) combines recorded sounds, images, text, live interactive processing and instrumental music performance to create a unique experience of place. As the performer, I can choose a location, collect photographic images and recorded sounds, and interpret and re-create the score. The score is semi-improvisatory, consisting of many composed and freely pitched musical gestures which trigger text, visual animations and sound processing. 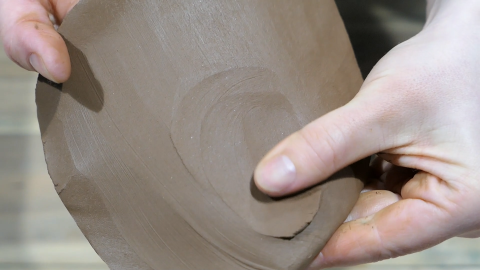 Subtle Ground: Feeling our ways towards a supportive method in ceramic practice

This exposition focuses on the exploration and development of Subtle Ground, a method that directs attention during and through making with clay, in the context of creative practices in ceramics. The method takes a non-conventional approach to making; it focuses on being with the material instead of pursuing a conclusion in the creative process. The method directs the practitioner to follow aesthetic qualities in making understood from a pragmatist view on having an experience. 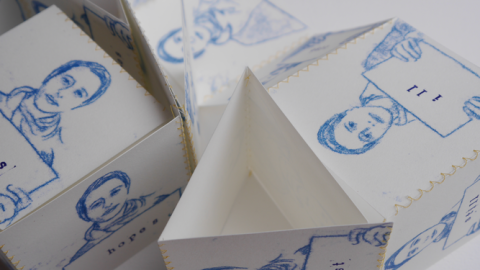 The application of creative practice as a means of disrupting or re-defining the dynamics of power in, with or for different communities

In this exposition, seven research practitioners investigate how creative practice can be applied as a form of knowledge production in order to disrupt or re-define the dynamics of power in a range of different contexts. These applications of creative practice take varied and complex forms, often transferring creativity from the practitioner-researcher to their participants, increasing participant agency or re-defining existing hierarchies, as they form, empower, and enlighten real and conceptual communities.