Insofar as artistic research takes place within rich fabrics of practice, it is always also embedded in a multiplicity of languages – both verbal and non-verbal ones. Requiring submissions in English is – in some aspects – like asking for text as the only mode in which to report on an artistic research project: fixed formats that restrict options of articulation. Without wanting to say that all options must be possible, it is important to challenge the hierarchies that come with such limitations insofar as they inscribe particular preferences, which often claim universal status as either the only possible or a necessary order of things. When such an order predominates, however, it skews the image of artistic research that emerges, creating many misunderstandings. This happens not only when research is disseminated, but also as part of practices and policies of funding and education, which create negative feedback loops within our developing field.

From the very beginning, JAR has made the case that these hierarchies need to be challenged – not by demanding new orders (say, the avoidance of text), but by asking artists, researchers and authors to enact their own relationships to the issue of intelligibility in their submissions, thus altering what is sayable, seeable and hearable within them. We call such articulations of practice as ‘research expositions’,1 that is, context-sensitive transpositions of aesthetic ideas into epistemic claims. However, JAR does not necessarily want to suggest that expositions are better representations of a research project (we could not tell since we do not compare the two). What we want to propose is that expositions contain more traces of the practices of research and, hence, a richer relationship to them. This has the potential to allow for different phenomena to surface.

JAR is the result of one of many transnational initiatives – the creation of the Society for Artistic Research (SAR)2 – that have been linking artists, researchers and educators from many different regions. Their use of English as working language is an approach that JAR – admittedly without too much reflection – has consequently adopted for its publications. There is, of course, also a tendency towards the English language in academic publishing more generally, partly due to its global reach and partly, perhaps increasingly, due to biases within Internet search algorithms.3 It is clear that many non-native speakers will want to publish in English, for these and other reasons. Still, after having developed and stabilized our processes over the last 17 issues, we strongly believe that it is time to transform JAR in order to thematise, in addition to the media and formats of expression, also the language that they employ, attending to what may be considered a blind spot in our policy.

Those on the SARA announcement service will have seen in our last call that, next to English, JAR is now also accepting submissions in Spanish, Portuguese and German. In order to support those languages, we have started to transform our workflows and infrastructures, which will eventually lead to different language versions of the jar-online.net website, on which you are reading this editorial. (Perhaps I should also stress that, in the JAR Network space, we have already been accepting reflections written in any language, not just those four ones.) As an important step, we have recently welcomed Mariela Yeregui, Nicole Vennemann and Manuel Ángel Macía on the Editorial Board. With their different disciplinary, linguistic and cultural backgrounds, they will play an important part in this development.

So why those three additional languages and not others, you may be asking? If we had had a global view, a strategic vision and the funds to carry it through, we could have perhaps taken different choices. However, we would – on a different level – have repeated dominant orders, in this case as an instruction that we would have given ourselves to prefer certain languages over others as a result of a distanced analysis rather than our own situatedness, as an Editorial Board, at a certain point in time and formed by particular people with particular abilities and resources. Our choice has a lot to do with what we feel we can currently manage; it is not meant as an indication of value that we attach to those languages in comparison with others. This is, again, not dissimilar to questions of media, where, for instance, we prefer images and videos over interactive 3D renderings, regardless of the fact that both are equally suited to make expositions of practice as research. The truth is that, at this point in time, we simply cannot manage the technology at a sufficient level. In this sense, JAR prefers organic growth rather than strategic development.

We are unsure about how this change will affect the submissions that we receive. Looking at past experiences, it seems that the use of different languages in a single submission may sometimes bring together the best of two worlds. However, there could also be much less interest in using English in a submission, with the result that substantial parts of JAR will produce more varied experiences. These can include detailed reading and greater attention to typography, design as well as media once letters on a page do not for all coalesce in the semantics of an argument, raising the interesting question of how to create expositions legible to a large degree also for those who do not speak the language they are written in. Needless to say, for the native speakers who choose to write in their own language, the problem of translation might disappear and contact can perhaps more easily be made with those who share similar cultural and linguistic backgrounds, including those outside of art or academia who are keen to engage.

Finally, I want to take this opportunity to direct your attention to our new section ‘book reviews’, which is integrated into the JAR Network space. Please consider supporting the project by becoming a book reviewer (see a list of available titles here) or by offering us your books for review.

This eighteenth issue of JAR again brings you an exciting insight into recent and ongoing research:

In ‘50 Billion Micrograms. In the Search of the Aftermath of an Event’ Christine Hansen looks at the barely remembered impact of a meteorite in 1979 in the West coast of Norway. More interested in understanding the ambiguous nature of this past event and less in finding out new facts about it, Hansen, an artist and art historian, weaves a multi-layered, speculative and also personal narrative able to ‘dwell on the uncertainty and keep the wondering alive,’ as she says.

‘What can a process do? A passage from ritual to rituality‘ presents and interrelates two of her projects in such a way as to allow for a sense of shared time and space to emerge of which one cannot tell where precisely it is situated due to a ‘rituality,’ as she calls it, that art practice can establish.

In their contribution ‘Choreo-graphic Figures: Scoring Aesthetic Encounters,’ Emma Cocker, Nikolaus Gansterer, Mariella Greil-Moebius and Simona Koch extend their transdisciplinary research project into the pages of an online journal in order to also archive the project’s non-linear and rhizomatic aspects. To do so, the authors make available their ‘experimental score system,’ which allows readers to engage with their submission also experientially in order to get a rich sense of how choreography, drawing and writing interrelate in the project.

In ‘Translucent surface/Quiet body, redistributed’ Katrina Brown investigates drawing as choreographic practice by experimenting with perspectives from below on the moving and drawing body. This approach renders the notion of the ‘flatbed picture plane’ as described by the art critic Leo Steinberg productive for practices beyond painting interested in horizontal, non-hierarchical distributions of information including those applied by Brown for the exposition of her practice as research.

Alexander Nevill’s ‘Passages of Light: Analogue and Digital Moving Image Installation’ investigates the different qualities of analogue and digital moving image projections when combined in a gallery space. By highlighting different ‘passages of light,’ as he calls them, Nevill engages with expanded notions of the moving image and their aesthetic qualities, offering a complex and rich field for postdigital practice. 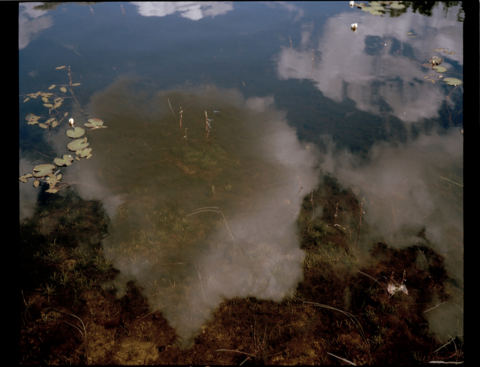 Christine Hansen
This exposition provides an example of how art can offer an alternative way of understanding the past through my work “50 Billion Micrograms”. The project explored a forgotten media event from 1979, in which a gigantic meteorite supposedly landed in a remote lake on the west coast of Norway. The exposition attempts to demonstrate how ambiguity was a fuel the project.
[...] keywords:
photography
Memory
site
fluctuating thinking
science fiction
OPEN EXPOSITION 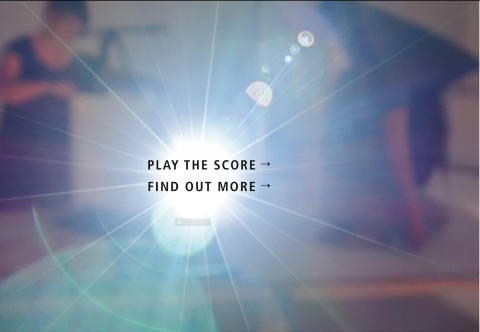 Alexander Nevill
Within a rapidly changing media landscape, light remains an intrinsic and potentially expressive aspect of moving imagery, regardless of the shape, form and resolution that specific capture and display devices might take. The practice of light in moving imagery is typically considered through an arrangement of sources, filters and modifiers that sculpt the aesthetic appearance of a two-dimensional frame and is often studied in relation to mainstream Hollywood films.
[...] keywords:
Moving Image
cinematography
Installation
video art
media archaeology
OPEN EXPOSITION 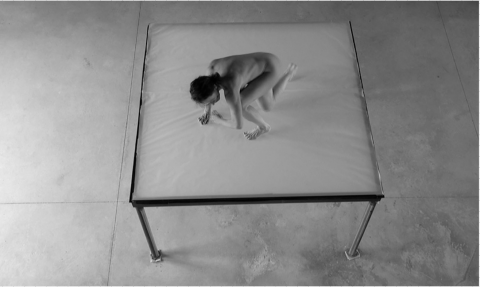 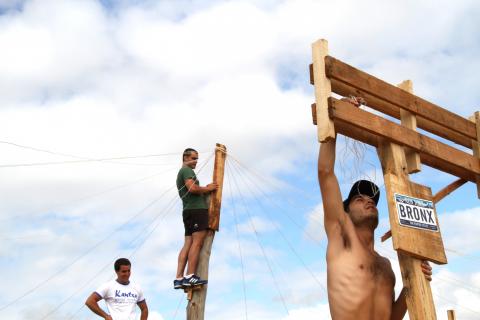 What can a process do? A passage from ritual to rituality

Usoa Fullaondo
In this exposition I try to build new relationships between different creative processes arising from nature, life, and art. This is done by setting up visual, textual, and affective analogies through superimpositions of layers of images, sound, and text based on the book Un Atletismo Afectivo (An Affective Athleticism) (publication on paper, 116 pp, 2016) and the audiovisual work Trenza (Braid) (HD video, 55', 2017).
[...] keywords:
affect
Animal
rituality
landscape
creative process
OPEN EXPOSITION