Since its inception in 2011, the Research Catalogue (RC) has been developed around ‘expositions,’ that is, digital objects unique to the RC for the authoring and publishing of practice as research. This journal, of course, has been heavily invested in the format of expositions from the onset, [1] inviting artists and authors to experiment with what is possible, and encouraging peer reviewers – and readers in general – to contemplate the prospect that the most exciting research may defy the criteria that bureaucracy has developed to assess and file artistic research. [2]

Up to and including this issue, all expositions in JAR have been made using what is now called the ‘graphical editor,’ a workspace where tools containing various types of media are dropped onto a page. Those pages could be conceived to resemble poster presentations enhanced through (1) time-based and interactive content (e.g. video), (2) more in-depth textual passages (through the use of pop-overs or the repositioning of the browser window), and (3) an absence of size restrictions. [3] Much of this functions through the absolute positioning of content (x and y coordinates), allowing for complex spatial constellations of the kind that, for instance, Caroline Picard (JAR7) or Matilde Meireles and Diogo Alvim (JAR14) used in their expositions.

While such expositions offer a lot of new possibilities for the articulation of research, the increased use of mobile technology has also shown the limits of this model: the missing device responsiveness makes it very difficult to engage with some expositions on small screens. Thus, since last year, a new, so-called ‘text-based editor’ has been made available, which still supports most media, but which does not require absolute positioning, resulting in more standard web pages that can be rendered dynamically by the internet browser. Currently, expositions created with the standard graphical editor cannot be opened with the text-based editor and vice versa, but it is envisaged that both models will converge at some point, allowing for a separation of an exposition from the editor through which it was created. Hence, choices regarding, for instance, absolute vs dynamic layout will cease to be predetermined by the RC workspace and become part of the authoring of an exposition. This will eventually include a more complex, programmable responsiveness of expositions. [4]

Beyond the technical implications of the development towards expositions as abstract digital objects, the most exciting aspect has to do with the relationships between expositions and their constraints. In particular, we have to acknowledge that the RC – and with it JAR – has so far displayed a bias towards visuality. While the play of visible and invisible objects that is created as the browser window is moved across a page has temporal implications, events can so far not really be choreographed: while a reader may rewind a video, it is virtually impossible to do so for a page with multiple time-based elements; standard text or image tools have a specific place in which they are shown, but not a specific time when they are shown, etc.

Hence, RC expositions need to be more flexible to adapt to the many approaches that artists may employ when exposing their practice as research. While the exposing practice need not be conceived as identical with the practice that is exposed, the relationship an exposition creates between layers of practice is vital to the expositional power on which the achievement of, for instance, transdisciplinarity depends between a discipline (or practice) and another. In effect, the technical constraints at times obscure those relationships, in particular when artists work against conventional formats. This is apparent even when expositions are text-heavy; some researchers, for instance, chose to horizontally offset linear text by either breaking a column or by arranging sections next to each other across the width of a page. While there is no doubt that those choices impact on the meaning of an exposition, what the effect exactly consists of is often debated.

In actual fact, there is strictly speaking no format that could be sensibly called ‘exposition.’ As the RC develops, the term ‘exposition’ will be associated more and more with an abstract digital object, and less and less with any particular historically evolved format, be it poster, article, lecture or performance. The concrete formats that we think about when engaging with an exposition are as much an effect of expositionality as the meaning that it conveys. While these formats suggest constraints, they should not be due to the technical support that is used, but to the histories of formats and media that they engage with. The effect of expositionality, therefore, is independent of any particular format residing in the relationships that are activated, rather than in the objects that are deployed.

In ‘Building Material Conversations’ Scott Andrew Elliott and Chris Cottrell present their long-term research project into the materiality of conversation in the context of architecture and of writing. The research raises larger questions about the interactions between humans and their environment and proposes with ‘material conversation’ a type of practice that embraces – as the authors say with reference to Karen Barad – “our existence as ‘entangled’ beings.”

Otso Tapio Lähdeoja, Josué Moreno Prieto, and Daniel Adrian Malpica Gomez discuss how they turned the Helsinki City Winter Garden into a large-scale musical instrument with the help of audio transducers. ‘IN SITU: Sonic Greenhouse. Composing for the intersections between the sonic and the built’ describes how such a situated project is informed by the site, and how, as a result, in this case, spatial dimensions of composition are of particular relevance.

Kate McCallum, Kate Monson, and Majed Al-Jefri in their contribution ‘FanFutures’ present narratives of the future in the form of video clips created with the help of artificial intelligence text-generation and image-searching algorithms from materials culled from fan fiction websites. The films present strange-but-familiar, dreamlike atmospheres generated by what is considered an entanglement of human and machine qualities.

In ‘Additive Photography,’ Ives Maes describes his interest in the sculptural aspects of photography resulting in experiments with relief and spherical photographs and a heightened sense of the materiality of the medium. Maes also suggests that an engagement with the history of photographic technique has an important role to play in the shaping of a photographic practice under digital conditions.

In her contribution ‘The Body + the Lens: Shrink, Wax, Purge, Bleach’ Tyler Payne investigates how (white) women can respond to the lens of gendered advertising. Physically exposing herself to its apparatus while maintaining her own integrity has the effect of making tangible the power that is exerted on the body de-fetishising the image that is created.

[4] Thank you in particular to Luc Döbereiner, Casper Schipper and Gabriel Paiuk for having advanced the conception of expositions as specific digital objects. Many points discussed in this Editorial are based on their contributions as well as discussions during various Research Catalogue Portal Partner meetings. 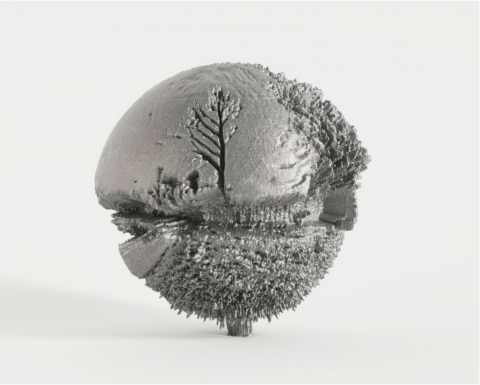 Ives Maes
Since the invention of photography, there have been numerous hybrid experiments between photography and sculpture that testify to a continuous influence of sculpture on photography and vice versa. In my own visual work, I am researching the physical, sculptural and architectural aspects of photography.
[...] keywords:
sculpture
photography
Installation
photosculpture
historically informed photography
3D printing
3D scanning
panorama
OPEN EXPOSITION 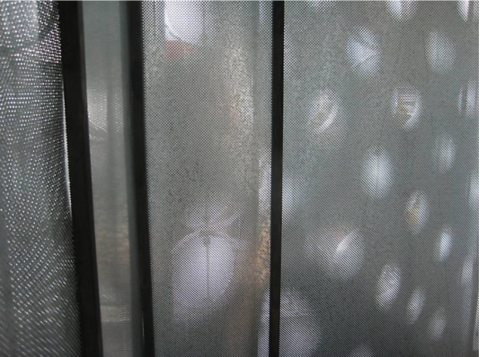 Scott Andrew Elliott, Chris Cottrell
An expanded notion of conversation is developed through a series of large-scale temporary installations, and used to articulate an approach to collaborative creative practice that furthers the discourse of new materialist philosophy. These collaboratively produced installations are introduced into different spaces of a singular building in an iterative engagement sustained over a period of five years.
[...] keywords:
installation art
New Materialism
architectural research
collaboration
experimental writing
OPEN EXPOSITION 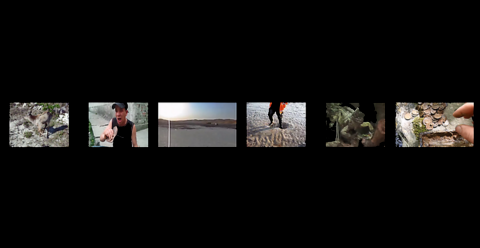 Kate McCallum, Kate Monson, Majed Al-Jefri
"FanFutures" is a project working with artificial (AI) automatic text generation in an exploration of fan fiction and speculation about possible futures. It is a collaboration between an artist, a computer scientist, and a social scientist — and, in an extended sense, also with the fan fiction community and an AI algorithm.
[...] keywords:
AI
natural language processing
actor network theory
New Materialism
future
environment
fanfiction
OPEN EXPOSITION 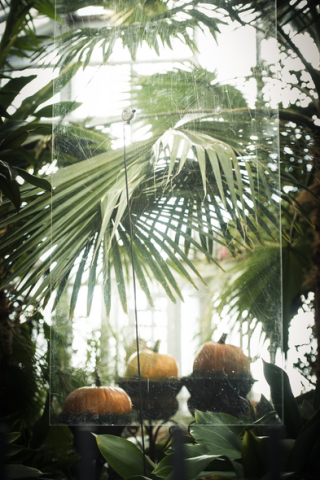 IN SITU: Sonic Greenhouse. Composing for the intersections between the sonic and the built

Otso Tapio Lähdeoja, Josué Moreno Prieto, Daniel Adrian Malpica Gomez
This exposition presents and discusses a large-scale audio-architectural installation entitled "IN SITU: Sonic Greenhouse," which took place at the Helsinki City Winter Garden — or Talvipuutarha — in September and October 2016. Structure-borne audio transducers were employed to drive sound into the glass structure of the greenhouse in order to create an immersive sound experience emanating from the materiality of the building, transforming the site into a macro-scale musical instrument.
[...] keywords:
sound art
Architecture
greenhouse
Composition
OPEN EXPOSITION 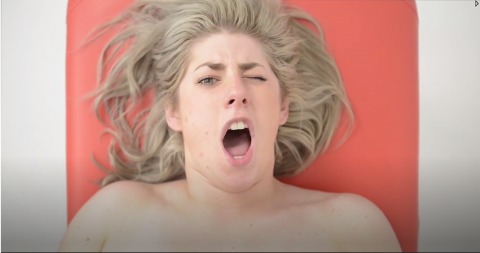