Expositions of practice as research can be very precarious objects to create and handle. There are no readymade templates or tools – everything is in a process of negotiation, without ever really settling. In fact, the force field of shifting relations seems to work towards suspending any settlement, as if this highly specific non-place was the only site from which to make sense of it all. Rather than authoring an object of communication that is to be revised and improved for perfect absorption, expositions are artifacts that ingest ideas and revisions, transforming themselves in unpredictable ways. Any minute change can deeply affect what is at hand – but it needn’t. Not really knowing what is happening is part of the strange experience of being an editor of expositions and perhaps also of being an author.

Expositions resist authorial or editorial force by deflection, rather than rejection. Expositions receive everything, but more may be less, sense may be nonsense, the margins may be at the centre. In fact, for better or worse, revisions may develop expositions along a fairly narrow path, but they may also be the cause for bifurcations raising questions in which direction an exposition might go, as if multiple possibilities had quietly already existed below the surface of articulation. While expositions can be forced to go in a particular direction, say, towards an ‘academic paper’ or, alternatively, an ‘art exhibition,’ this may start to drain their life as they approach their destiny. There is a sense that without holding multiplicity in suspension, expositions cannot really work.

At the same time, some of these more formal elements may be important as part of an armature of suspense, like fine prongs that can hold what is not grounded. While an exposition can certainly not be reduced to its armature, complete absence of footholds may be neither beneficial nor possible. In fact, the very character of an exposition as a contained, published object is paradoxically the most fundamental precondition for suspension to take place – only then is an exposition an articulation to which responding becomes possible. Having experimented with different degrees of completion of expositions at the point of submission, we can safely say that the more finished and purposeful a submission is, the more reviewers and editors can positively engage. This is all to say that expositions cannot be reduced to their albeit negative surplus as is still happening around the work-concept of art; rather, expositions of practice as research are fundamentally paradoxical. They are noisy and messy, but effectively so.

Crucially, the more expositions become those specific, messy non-places, the more they can re-address the institutional contexts and the norms by which they operate. Conceiving of an exposition as something suspended also means that it escapes being the predetermined receptacle where flows coming from history (with its institutions, norms and behaviors) accumulate, and expectations are fulfilled; rather, there is also a flow and overflow from the exposition itself, able to affect these institutions norms and behaviors. An exposition can only do this, however, if it cuts off or even excretes what it is meant to fulfill, thus, creating a space for itself beyond control.It is thus part of expositionality that history is both food and waste, and that we won’t know which is which until we have tasted each exposition, learning how else relationships can be configured on the ground of specific practices.

This is to say expositions are uneven, where elements have different roles to play – those parts do not only represent aspects of research, they are first of all performative within an ensemble of elements. For instance, in order to understand the specific place of the research, we may surmise that historical contextualization is lacking; in response, a section may be added, which, albeit important and informative, may have undesired effects on other elements, such as reducing the focus on art practice. Now, in turn, this could be further worked on, or, alternatively, the historic contextualization could be tuned down, etc. In these conditions, decision-making can be difficult.

As this work happens, a shift within notions of artistic practice may be observed: when initially artistic practice may have been documented or described as part of the material that is uploaded, there is now also a call to work on the constellation of materials itself and their emergent relationships. For this reason, it may not so much be the content that renders expositions artistic but rather their form, leading to the distinct possibility that submissions become artistic precisely when they radically displace art and seem to be about something altogether different.

This kind of work is exciting, because it allows practice to be activated as art and as research in ways that are usually not foreseen. However, being out there as an unforeseen publication, expositions become reference points for work-to-come for the authors themselves as much as for the readers. At the same time, and perhaps in equal measure, this kind of work is exhausting since expositions never arrive at some final point, but remain able to respond to new inputs or different choices. Hence, the very moment of publishing and indefinite fixture represents the greatest artifice and the necessary cut that makes the exposition. It’s published.

What we are left with is excitement and exhaustion, perhaps in equal measure as a strange side-effect of expositionality, because we, too, are implied in the work. Expositions are not only internally interlinked, but also connected to various outside resources and historical formations, as well as, through associations, with individual objects. They are also affectively connected, through intense exposure with us as editors manipulating content on a page and as readers manipulating content in a mind. The expositional messiness will guarantee that the ride will not be smooth, that things may not connect up, but it will also stimulate the formation of connections as yet unimagined. However, the play of excitement and exhaustion will also require cuts, in some cases earlier in others later, because it is ultimately parasitic and not sustainable. Care, then, lies in again giving a chance, the recognition of limits, the spending of time and the openness of space. Come to think of it, life itself could be understood as quasi-expositional… 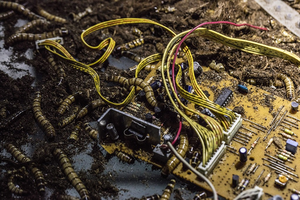 Absurd (derived from surdus, or deaf, in Latin): that which cannot be heard or is contradictory to reason.This artistic research project questions the ways we work with sound, using a methodology derived from the absurd as a tool for innovation. The scientific roots of sound as a physical phenomenon are rarely disputed, whether by sound artists, sound designers, sound technicians, or even composers. 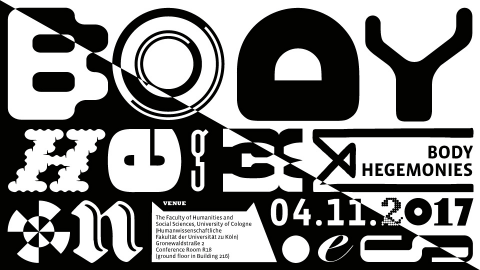 Body Hegemonies is an artistic project aimed at exploring and making transparent some of the themes of epistemic violence and hegemonic orders resulting from the legacy of colonialism and slavery, as the hidden flip-side of modernity and enlightenment. Our aim was to examine the Eurocentric logic of dehumanization and processes of exclusion from the perspective of bodies and their embeddedness within these hegemonic structures. The goal was to use artistic methods as tools to research topics commonly examined within an academic framework. 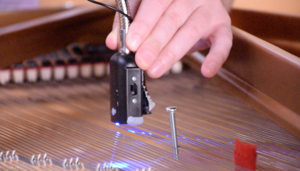 Technique as the entanglement of composition and performance as an epistemic object (Knorr Cetina) emergent from contingent materiality. Two pieces by Scott McLaughlin—respectively for Zubin Kanga (piano) and Mira Benjamin (violin)—are discussed as case studies of strategies for entwining the specific embodied techniques of instrumental performance with the material agency (Pickering) of the instrument as a 'material indeterminacy' in which knowledge inheres through practice (Spatz). 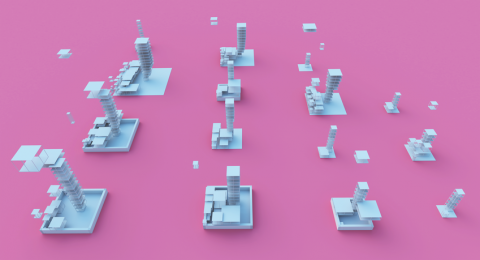 This exposition is a presentation of an artistic method that incorporates generative technologies in artistic intervention. The autonomy of the generative system is analysed not as an isolated capability of a technical object but as a specific configuration between the autonomous operations of the system’s creator, the system itself, and the individuals related to the system. The notion of transferred autonomy is proposed to emphasise this interrelated nature of an entity’s autonomy. In this way, a generative system is positioned in a broader socio-economic and cultural context. 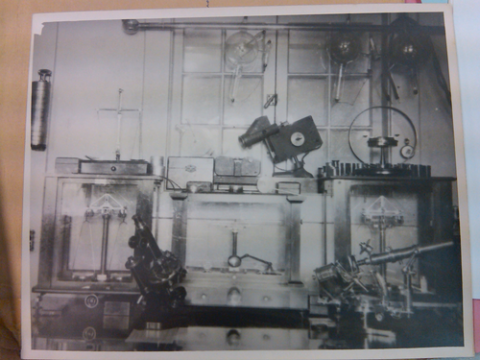