An abstract is a very important element of a journal article. Next to the title and author name(s) it is among the first items of information a prospective reader encounters. It primes readers for what is to come. However, it also functions as a gateway, since many readers will not proceed to the article if the abstract fails to raise sufficient interest. In particular, this includes potential peer reviewers: as the full article remains inaccessible at this stage of decision-making, the abstract needs to convince them to take on the work. For these reasons it may make sense to locate the abstract, as is usually done, on the outside of an article and to consider it meta-data only.

A good abstract invites the reader to the exposition and its inner logic in a way that is accessible and generously informative at the same time as it is precise in its gesture. Since a simple search of the Internet (e.g., ‘How to write an abstract?’) throws up ample advice, such as how to explain the what, why, and how of an article, I will not further discuss these elements here and only emphasise that they are, indeed, very important in capturing a reader’s interest. Rather, what concerns me is that, in an artistic context, the abstract, like any other element of an articulation, needs to be problematised – that is, challenged regarding its artistic status. Take the title as an example: it is utterly clear from the history of art that the name of a work may make it. (Can you imagine Felix Gonzalez-Torres’s Perfect Lovers without the title?) In the same vein, an abstract is not immune from affecting the meaning of an article and can be deployed as a powerful device.

Hence, the first question is one of relationship. Accepting the abstract’s above-mentioned informational function, there is still the choice over engaging performative aspects – that is, whether to use the abstract to set the stage for an encounter. In extreme cases, the abstract may give information that is not repeated in the article and only indirectly relevant, such as when it provides contextual awareness or suggests a particular mode of reading. As such, one could compare abstracts with ‘establishing shots’ as they have been used in film-making. Establishing shots do not give the scene away, but indicate change, provide structure, and focus attention.

In those cases, the abstract is still on the outside while substantially affecting what is or isn’t possible on the inside. In fact, the abstract may liberate the article itself into more artistic modes as it functions as the place for an explicit response, for instance, to research questions or contextualisations. As such, the abstract may also be seen as an appendix – that is, a place for supportive information – which fits with the often-heard advice to write an abstract last. While such advice usually assumes one knows what is to be summarised, one may also think about it in terms of need. Having prepared this articulation, what else do I think it needs to convince as research?

From a reader’s point of view, it is thus perfectly possible to see the role of the abstract extend from a suggested summary on the outside of an article to what may be called an ‘internal frame’ or a ‘marginal place’ – that is, a site for particular elements of an exposition that are needed but should not get in the way of its artistic logic. It is a Janus-faced entity, an uncompromising compromise, a parergonal element connecting the exposition to its discursive surroundings. In effect, one may consider the relationship between abstract and exposition also as a fold: both the enfolding and unfolding between abstract and exposition can be brought into view only as movement.

Such thoughts about the role and function of the abstract in relation to the exposition thus imply more generally the temporal dimension of expositions of practice as research. While, fundamentally, all possible temporal structures may support an exposition, we have often found that there are productive and less productive rhythms between elements, including the one between abstract and exposition. This is to say that the shape of an articulation matters. This shape is opened among other things by the abstract and, in retrospect, perhaps even closed by it should a reader return to imbue the abstract’s promise with the exposition’s subsequent experience.

Still – and this makes writing an abstract such a difficult task – despite the further potential that an abstract holds, its fundamental role as a gateway stands. Just like expositions as a whole, abstracts, too, need to straddle two worlds in a productive relationship respecting their basic differences in a play that contradicts neither.

In ‘cONcErn: towards a “mesology” of art, for art, and through art’, Cécile Colle and Ralf Nuhn introduce and discuss their research project in Cosne-d’Allier in France, which sets out to provide a space for artworks at risk of destruction. Using the concept of ‘mesology’, cONcErn investigates alternative futures for artworks from an embedded, artistic position challenging the common and more detached approaches of conservation and commodification.

Discussing ‘A Way of Making’, an ongoing collaborative project in ceramics by Frédérique Bergholtz and Maria Pask, Anik Fournier highlights the relevance of ‘rudimentariness’ for artistic research. In her contribution, ‘Rudimentariness: a concept for artistic research’, Fournier stresses the potentials of a more sensate and less epistemologically directed research attitude.

In ‘ANCHORAGE: a phenomenology of outline’, Joe Graham, Steven Dickie, and Chantal Faust explore how their drawing practice can challenge notions of ‘outline’. By creating variations of outline based on a contingent set of drawings, their phenomenological approach manages to outline something essential about outline while avoiding its capture in a concept.

Lisa Stuckey investigates her family’s history through old films and interviews with ‘four siblings’, Stuckey’s two aunts, uncle, and father. ‘Haunted by last season’s video letters: amateur films performing spectrality’ intensifies the play of presence and absence that is part of any archive, but also part of film as a medium. In line with Derrida’s notion of ‘hauntology’, the contribution offers alternative takes on the presumably linear flow of time.

In ‘Moving through the double vortex’, Jan Schacher and Patrick Neff explore the relationships between musical actions and movement, sound and space, and between instrumental and embodied performance modes. It approaches these through trace generation and map-making, self-reflexively suggesting that the exposition itself can retain a valuable albeit limited relationship to the actual performances as it engages with corporeality in technologically mediated music and dance performances.

ANCHORAGE: a phenomenology of outline 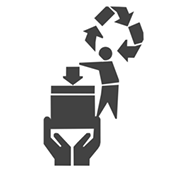 cONcErn: towards a 'mesology' of art, for art, and through art

Cécile Colle and Ralf Nuhn
This exposition focuses on our current artistic project, cONcErn, which aspires to be both an investigation of the milieu of art and the creation of a milieu for art and through art. Concretely, the project revolves around a host space for artworks that for logistical reasons...
[...] keywords:
artwork storage
conceptual art
host spaces
mesology
parasite
OPEN EXPOSITION

Lisa Stuckey
This is an assemblage using the film 'Four Siblings' as a basis to reflect on the notion of the artist as analyst in connection with amateurish practices. These are positioned as performative, as they co-create the family system. The video letters, shot on 8 mm and Super 8 films...
[...] keywords:
amateur film-making
artist-as-analyst
critical mapping
migration
spectrality
USA-Europe
video letters
OPEN EXPOSITION 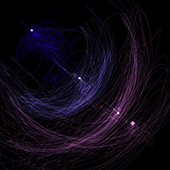 Jan Schacher and Patrick Neff
Music, when performed live, carries the musician's physicality with it, either embedded within the sound or perceivable through the musician's physical presence. A dancer's movement follows dynamics and expresses shapes that are based on...
[...] keywords:
corporeality
dance
interdependence
second-order artefact
OPEN EXPOSITION

Anik Fournier
This exhibition explores 'A Way of Making', an ongoing collaborative project in ceramics by curator Frédérique Bergholtz and performance artist Maria Pask. I propose that their investigation of making through ceramics – and, hence, through the hands-on encounter with the materiality of clay – is an intriguing instance of artistic research.
[...] keywords:
ceramics
movement
para-practice
rudimentariness
sensate thinking
touch
OPEN EXPOSITION