JAR is invested in the mediality and non-verbal articulation of artistic research. The journal’s creation was linked to the development of the Research Catalogue (RC) and with it came the possibility to publish media in ways not controlled by a preconceived layout or styling. Having worked with rich-media submissions of artistic research for a while, it has become clear that technology matters insofar as it enables certain modes of articulation, but that it will not determine how practice is exposed as research and what understanding is gained in the end.

Playing off Rosalind Krauss’s differentiation between ‘technical support’ and ‘medium,’ we could suggest that the RC hosts ‘media’ (image, video, sound, text…) but that these—together with the ‘glue’ that html provides—only support an exposition. Its mediality has to be found somewhere else, most likely as an emergent feature of an exposition at hand, that is, the page in which media are ‘installed.’1

Such considerations are not entirely new. For instance, we encounter film (or video) in galleries as well as cinemas, but those spaces work so differently that a film (or video) produced for the one space cannot easily be transposed into another. Understanding what needs to happen to a material requires knowledge of the technical background and sensitivity towards the specific settings. In the case of JAR, these are web pages for the articulation of artistic practice as research. Mika Elo, Professor of Artistic Research at the Academy of Fine Arts, Helsinki, and an Editor of JAR since its inception, advocates that one ‘essential task of the artist-researcher is to provide well-articulated passages between different media or languages while maintaining a high sensitivity to their mediality.’2 In the context of the present argument, this implies that media must sensitively respond to an exposition’s mediality, with attention to how various media elements cohere as a single articulation of research.

I can perhaps make this more clear with the example of video. Looking at video is particularly interesting, since, arguably, from the onset of the journal it felt as if the medium—above all other non-text media—had a particularly important role to play in many submissions. However, authors often place it ‘beside’ a text, so within the rich media capabilities of the RC, even video often shares the fate of relegation to text with other visual or sonic media.

The RC allows for many ways to encounter video and several options for how it plays. In cases where the use of video is more emphasised through its size and position, it is worth considering whether or not the video needs to be started by a click action or whether it automatically starts when the page is loaded. While potentially seeing the same video in either case, the experience of time is distinctly different. In the former example, the video ‘waits’ to be started while the reader has to make a decision how and in which order to access the exposition. Although controlling its own time, the video does not control the time of the exposition, as it does in the latter case where the exposition ‘starts’ with the video. Here, the video’s temporality pushes aside other possible times of the exposition, potentially delaying scroll movements or click actions, or even the reading of text.

But even when video dominates a submission, different possibilities can be discerned. Videos produced for other locations and even those produced for documentary purposes only, often use a title sequence to locate the video—its name, its maker, as well as other metadata deemed relevant. So here, while the video ‘owns’ the time, it commences with a delay requiring a different kind of waiting—the reader is waiting for the video or film itself to start. For different venues, the time used for this can be longer or shorter, but for the web, there is the risk that the ‘start’ of the video misses the start of the exposition, and that both don’t coincide and therefore fail to create one event from which to enter the world of the exposition.

While in many cases this may not be wanted (there are never right or wrong formal solutions), when video is staged in an exposition, it might make sense to not only consider its own mediality but also that of the web page in which it is deployed. How is the temporal—not only the spatial—dimension of an exposition curated? Can other media elements usually not available to the frame of the video step in to open parallel channels superimposed in the web page, for instance, when text, graphic or image elements are placed above or around a video?3

Throughout JAR’s history there have been discussions about what we might mean by ‘expositionality.’4 Beyond methodological and epistemological considerations, when considering media, one way of developing a sense for the concept of expositionality could lie in the sensitivity afforded by the specific spatio-temporal site at which a research articulation is supposed to happen, for example, the fully expandable web page of the RC.

Vahri McKenzie’s exposition Only the Envelope: artistic interpretations of eye-tracking imagery presents video and video stills created using eye-tracking technologies as the basis for a discussion about a live artwork dramatising the act of looking. The experiments reveal the complexity of viewing behaviour when considered within the politics of representation and the gaze.

Alexander Papadopoulos’ How to Use Gay Nazis in Job Interviews: Queer Media, Striptease-Lectures and the Art of Existential Sodomism is a physically and intellectually provocative performative and text-based investigation of the relationship between social media, austerity-horror and queer desire. Using multiple platforms—blogs, queer festivals, academic writing, social media—and the re-adapted communication with gay neo-Nazis, Papadopoulos creates an intermedia collage of confession and defeat, blurring fiction and non-fiction.

David Roesner and Bella Merlin’s exposition The Document as Music, on the subject of verbatim theatre, investigates the relationship between original interview material and its (musical) staging. They explore the ethics and aesthetics that musicalisation might present in relation to speech patterns, vocal inflections and rhythms of interview partners from across three generations in three different countries.

William Platz’s exposition Can a drawing be rehearsed?; or, There's no bowing in performance art combines a practice-led research project with a reflective analysis of ‘performance drawing’, focusing on two under-examined aspects of performance drawing—rehearsal and the curtain call. These ancillary and parasitical processes bracket the performance drawing and fulfil pivotal roles in enacting, re-enacting, and disenthralling the drawing from its performance matrix.

Drawing on the political writing of Hannah Arendt, in Exploring the Principles of Allodoxic Art (in dialogue with Baroness Elsa), Jenny Brown discusses artworks that demonstrate the connection between allodoxia and hegemony. She presents these works as examples for understanding how allodoxic interventions contribute to commoning processes, thereby undermining hegemony. 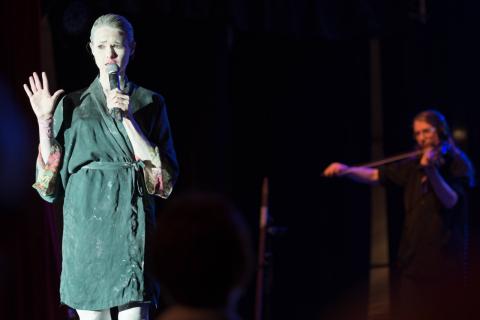 Can a drawing be rehearsed? 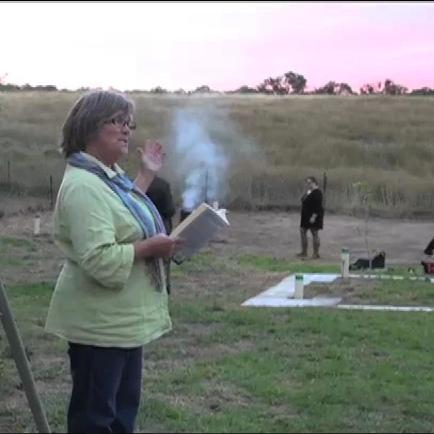 Exploring the Principles of Allodoxic Art (in dialogue with Baroness Elsa) 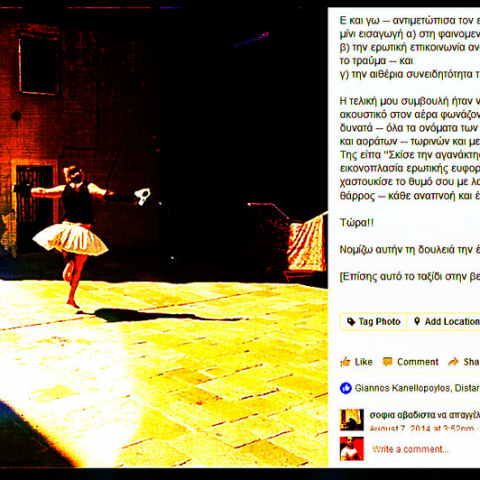 How to use gay Nazis in job interviews: Queer Media, Striptease-Lectures and the Art of Existential Sodomism 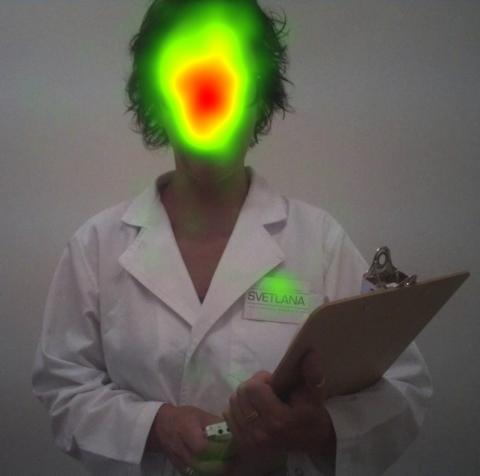 Only the Envelope: Artistic Interpretations of Eye-tracking Imagery 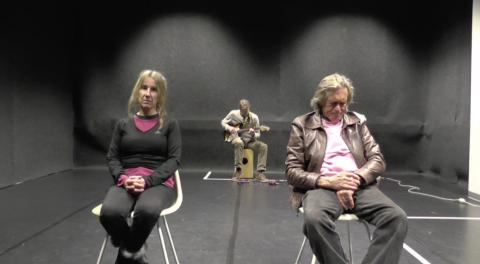 The Document as Music, Exploring the Musicality of Verbatim Material in Performance