JAR has always been careful to invite ‘expositions of practice as research’ rather than just ‘expositions.’ The reason lies in one aspect of the term ‘exposition’, which suggests that ‘to expose’ is to explain something or make it public. While not incorrect, this reading is not sensitive enough to a central idea in JAR: that in the act of exposition, that which is seemingly exposed is also constituted. This creative aspect is the reason why we don’t tell authors how this is best achieved and accept that some submissions employ tested strategies while others test their readers with new solutions to the challenge of ‘exposition’. However the exposition of practice as research may happen, peer-reviewers and the editorial board are called to assess how successful a submission is in unfolding an epistemic claim while keeping in mind that such claims may exceed propositional language.

When analyzing the construct of ‘exposing practice as research’ further, the phrase suggests that ‘research’ is not inherently constituted in ‘practice’. What is to stop somebody from exposing what they do as art, for example, or as architecture, design or music? In other words, the ‘as’ turns what is exposed, at least potentially, into a multiple—when we see an exposition we also ‘see’ what is not (yet) articulated, or at least conceive that other expositions may be possible. This renders ‘research’ somewhat precarious, as if it was never the full story. At the same time, it also means that ‘practice’ is only incompletely captured by art (or research), liberating it from any specific determination. Hence the value is placed on ‘the practitioner’ as somebody who is ‘fit for action’ [1] before knowing what the specific action will be. Yet, without its exposition, ‘practice’ is an empty term that is not, actually, active. Expositions make practice, and the more and differently it is exposed, the richer practice becomes. In this sense, research does not produce art, it enriches art as much as art enriches research—their common root is a practice in excess of any single articulation.

This principle is at play not only between disciplines but also between media, that is, at the micro-level of an exposition. An exposition's elements cover different aspects that the exposition as a whole folds into one complex expression. For instance, while we don’t require a submission to contain text (outside of title and abstract), it is striking how many submissions rely on text to register the practice as research, in particular, if a scholarly apparatus is provided that includes references and a bibliography. Generally speaking, these elements of a submission don't need to engage with their mediality in order to convince as research compared to, say, a series of images. Conversely, images, video and sound seem to have the upper hand when it comes to the communication of a submission as artistic. We are all aware of these codes for ‘art’ or ‘research,’ and it’s no surprise to see them used in submissions to the journal.

In highlighting the function and distribution of media in a few selected expositions, I want to show that expositions not relying on expected codes work well, and also that on close inspection, things don't always behave according to our expectations. For instance, a set of footnotes may work as a painting, such as in Simón Granell’s Ten Diary Entries [2010 – 2012] from JAR3, or an assemblage of images, quotes and text fragments will work as two-dimensional text, such as in Caroline Picard’s Ghost Nature from JAR7, and a textual narrative can be read as an exhibition, such as Kit Hammonds’ This exhibition is an island from JAR13, and so on. Other elements are not that clear but no less functional. For instance, what am I registering the videos as in Jean-Marie Clarke’s The Rembrant Search Party from JAR11? And what about the multi-layered maps in Paul Landon’s Mapping a Modern Diegesis: Terre des Hommes and Robert Altman's Quintet from JAR4?

Although difficult to state how it happens, the fabric that makes up an exposition of practice as research seems to allow authors to offset formal criteria that regulate a reader’s recognition. It may not always be clear what something is or as what it can be understood as relative to the codes and schema of art and research. There is also a temporal dimension: the longer I think about an element, the more its function can change—images may become text, layout may turn into dance, etc.. Compared to these kinds of possibilities, it is perhaps no surprise that some feel disappointed when an author chooses to use expositional elements fixed to conventions.

This does not mean that everything conflates. Rather, differential complexities are at play when articulations become thick [2] and expositions self-referentially create a time-space in which meaning is developed. Ultimately, what is at stake is an exposition’s power to cohere across fluctuating differences—at times a speculative intelligibility that tells a reader that the work is not finished at the end of an exposition. Beyond structures of identity—including notions of ‘practice’ and ‘research’ that the ‘as’ links—it may be that open encounters with ‘sense’ are what drives articulations of artistic research.

In ‘Trigger Place – A Game of Sound and Architecture,’ Matilde Meireles and Diogo Alvim expand their site-specific project ‘Play’ onto the online space of the Research Catalogue. Centered around the squash annex of the Physical Education Centre at Queen's University Belfast, the project engages various architectural, historical, social as well as artistic layers in a complex and immersive play with the aim of rendering tangible how a shared place may be constructed and history continued.

Joanne Scott offers another approach to the complexity of place. Her contribution ‘The Salford samples’ investigates how autobiographical elements as well as fragments from the cultural history of Salford, a city in the North of England, are mixed and reworked in what Scott refers to as a practice of ‘live intermediality.’ Taken together, they reflect on the complex and contradictory factors at play in areas of urban redevelopment that both foster and disrupt a sense of place.

Extending the probing of ‘place’ to three specific ‘non-places’ of the pan-European road network, Michael Zinganel and Michael Hieslmair investigate the physical and social transformations that such places afford. In ‘Stop and go: nodes of transformation and transition,’ the authors approach these sites using a set of ‘mobile methods’—such as field trips in a Ford Transit van—to zoom in on the realties that have emerged since the expansion of the European Union after 1989.

In ‘Systems of Pain/Networks of Resilience (First Compilation),’ Meghan Moe Beitiks links personal experiences with pain to ecology, restoration and psychology. As the title suggests, in shifting the conceptual framework from system to network, the contribution proposes that when pain is overcome and healing commences, all elements of the network are affected. This process emphasizes interconnectedness, including between pain and resilience.

Susannah Gent’s contribution ‘Exorcising Unhomely Street: Filmic Intuition and the Representation of Post-concussive Syndrome’ also engages with processes of healing. The author highlights how artistic production is implicated and affected by illness, while also stressing the relevance of the wider context of capitalism. This leads to a particular form of working that focuses on emotional rather than narrative connections, rendering film and film-making as vehicles for understanding. 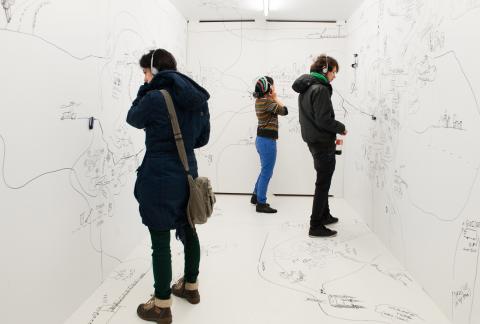 Stop and Go: Nodes of Transformation and Transition 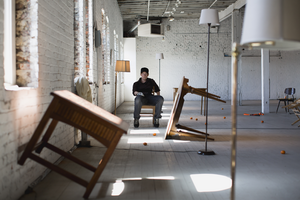 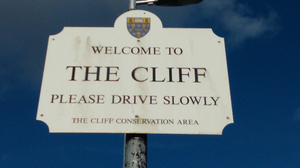 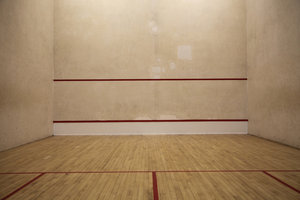 Trigger Place – A game of sound and architecture 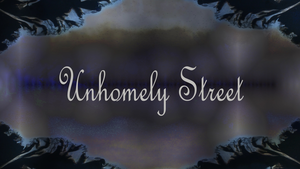