Say, you come across JAR for the first time perhaps during a search for a journal to publish your research. You might ask yourself: what is this journal after? You may browse our website and submission guidelines and find the expression: ‘to expose practice as research,’ which doesn’t give you much of a clue what precisely it is that we ask you to do to make a submission. In fact, you might think that our guidelines are cryptic to a degree that makes you question whether there is any way of telling if the work you invest is worth it.  Does the beginning need to be so difficult?

There is, of course, another option. You could browse JAR’s past issues trying to find a pattern or a set of approaches favoured by the journal. However, every time you detect something you are surprised by the next contribution that you open. JAR is unpredictable, it seems.

Still, each contribution can guide future expositions of practice as research by the simple fact that it is an example of the kind of work JAR publishes. As Giorgio Agamben reminds us, however, ‘neither particular nor universal, the example is a singular object that presents itself as such, that shows its singularity.’ [1] In this sense, the examples that can be found in JAR are not meant as applications of a (universal) prescription; they serve as examples only insofar as they engage with the particular practice at hand in such a way as to become exemplary. Hence, an exposition taken as example not only presents what it is but makes what it is guide other research for which it stands as example. In other words, an exposition in JAR must want to be an example, which it can of course only be if the practice at hand first shows itself as research. To articulate this, at its inception JAR  coined the term ‘exposition’ to indicate that a new and dynamic relationship between form and content needs to be available in which each individual practice can take hold to ‘expose itself as research.’

In any case, this is the ideal. A more modest consideration will instantly accept that becoming an example is not only a liberation but also a burden insofar as it carries a responsibility towards all other cases of which it is to be an example. Hence, within JAR, the general also matters. However, the general is not a ‘perfect’ realisation of what it is to be ‘artistic research’ (‘best practice’), but more like a shared effort of each becoming an example under conditions that give us no reassurance whatsoever of what is expected, acceptable or good.

In the ‘best practice’ that JAR thus suggests, artists and researchers strive for what artistic research can be when nothing else is given but a practice in need of epistemic determination. This is precisely why JAR does not want to tell authors how best to expose their practice as research, as otherwise a submission would more likely stay within dominant expectations, not becoming an example in the sense mentioned above. Hence, JAR aims to foster a network of people – including those working for JAR –  who understand the benefit of not already knowing what ‘artistic research’ can be.  In terms of editorial structure, JAR has moved to work closer with its peer-reviewers by introducing a new peer-review board. Besides them, reviewers are chosen for each exposition. JAR has also made provisions on its new website for a debate about how the journal, expositionality and the research that is featured relates to the wider context.

Beginnings need to be difficult. JAR certainly needs to get better at communicating its particular emphasis on articulations of research reducing the thresholds – also the technical ones – in making and accessing expositions. However, the more fundamental difficulties are not of a kind that can be ‘solved’ since it is the encounter with the difficulty that may lead to something new. Finding a beginning for the emancipation of artistic research from all sorts of presuppositions about research, which historically have kept art out of the picture, is what JAR is set up to do.

You don’t have to make a submission to JAR or contribute to its website to join the network. As a reader you can experience it whenever you don’t ask for a submission to represent ‘best practice’ but to become an example for the kind of work required for any exposition of practice as research. JAR respects any attempt made at it. It is surprising what can be learned when presuppositions are suspended.

In this issue, we present you with five more ‘surprising’ presentations of practice as research:

Rob van Leijsen focuses on methods and discourses in the production of facsimile artists’ books. Reviewing several re-enacted iconic artists’ books from the 1960s and 1970s, identifying their methods of appropriation, and writing from the perspective of a graphic designer, he focuses on visible technical aspects of book production.

In “If film is a language, can birds make movies? An essay and two heretical descriptive systems” Tim Ridlen speculates on the question whether and how birds can make movies. The question sparks off Pier Paolo Pasolini’s film “The Hawks and Sparrows” (1966) and his related essay ”The Cinema of Poetry”. The exposition evades this question through a series of gestures articulated in form of writing, drawing, diagrams, and videos.

Budhaditya Chattopadhyay examines his recent multichannel sound composition 'Decomposing Landscape' (2015) in the exposition “Talking field: listening to the troubled site”, inquiring into the complex relationship of sound and site. He asks how much spatial information is retained and how much abstraction is deployed, shedding light on approaches handling site-specific evidence in sound art production.

In ”Creative Practices and Public Engagement” Daša Spasojevic and Ana Souto Galvan explore the social processes related to community development at the interface of art, design and city planning. The Nottingham-based research project develops new participatory methods to initiate new forms of dialogue with all those interested in community projects.

Kit Hammonds considers, in “This exhibition is an island”, how exhibition narratives are formed, and engages in an experiment in curatorial writing based on his essay for Yu-Chen Wang's exhibition 'Nostalgia for the Future' (Taipei Fine Art Museum and Centre for Chinese Contemporary Art, Manchester, 2016). He draws from the evolution of science fiction in reflecting of the artists’ practice. 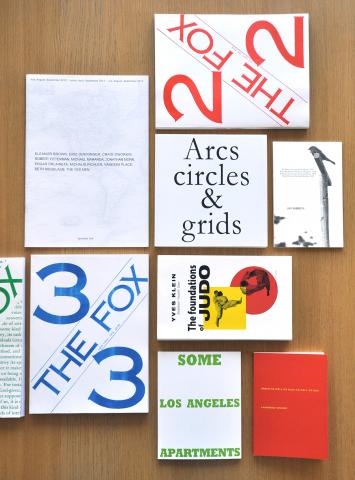 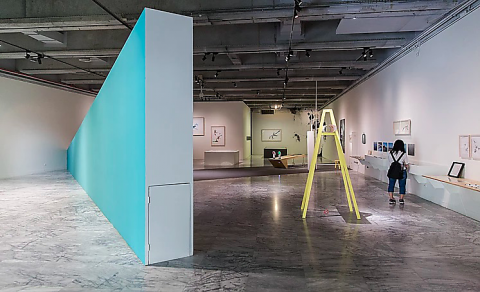 This exhibition is an Island