The object of my research involves an elementary particle of meaning: a letter of the alphabet. The claim that a single letter can make to meaning is clear in the case of an initial—which is usually a single, capital letter—and even more so when this initial appears in the context of a signature. Specifically, my research deals with the initial letter "R" used by the 17th-century Dutch painter Rembrandt Harmenszoon van Rijn (1606-1669) in his signatures. The meanings that an initial letter can mediate are not limited to identification and references to a full name. Letters of the alphabet, while being basic verbal units, have visual, not to say pictorial features. All by itself, a letter is not yet a word or phoneme. It exhibits the formal characteristics of a sign, grapheme, symbol. Many of the major writing systems in the world—phonetic or not—were derived from pictograms, from representational pictorial symbols. We all learned to write by drawing letters before combining them into words. The pictorial history of letters and writing (then printing) has been ignored by mainstream art history, which has devoted its attention to works of "high art," like painting. At what scale does an intentionally-made visual form become pictorially significant? The pictorial component is obvious in calligraphy and typography, even if only to a specialized audience. But there is a blindness relative to letter forms, such that, for example, few readers are aware of the shapes of the type or handwriting they are reading. This blindness is all the more surprising considering the fact that even phonetic writing was a visual achievement: the rendering of speech visible. Given this, the traditional opposition between the verbal and the visual, between word and image, needs to be reconsidered in terms of vision coupled with blindness. Vision, because eyes read texts and see pictures. Blindness, because in both cases the medium—print or paint—is overlooked. I postulate this seeing/not-seeing paradox as a principle of vision-based works that could be summarized by the word overlooking. This ambiguous term can mean both "not seeing things" and "seeing things." Often, we end up either not noticing certain things or "seeing things" by virtue of looking too much: this is a basic risk in research of any kind. In reference to Edgar Allan Poe's famous detective tale, The Purloined Letter (1844), which provides a paradigmatic case of overlooking, I like to call it the "Purloined Principle." Given the pictorial significance of a letter of the alphabet, a study of Rembrandt's signature—the graphic sign of his identity—will reveal that it may be considered as a historical, existential and esthetic document in its own right. 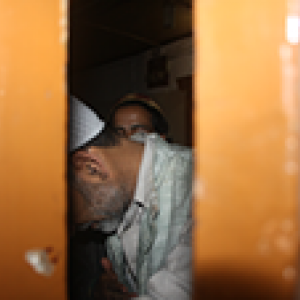 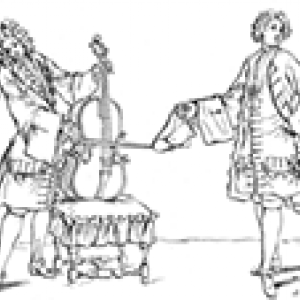